Date announced for the opening of new eight-screen cinema

A multi-million pound cinema development is set to open in Beeston by next summer - with a range of food and drink venues also in the pipeline.

Leader of Broxtowe Borough Council, Councillor Milan Radulovic, said the new cinema will be built by December 31 and open to the public by June 1.

It is hoped the scheme will be a catalyst for further development of Beeston Town Centre, with a particular focus on the night-time economy.

The £50 million project in Beeston Square will feature an eight-screen Arc cinema, 132 new homes and a range of food and drink outlets.

Councillor Radulovic said this will be Arc cinema's "flagship venue" and will attract people from outside the area to come and visit the town.

There are also plans for a Covid-19 tribute near to the cinema development, paying tribute to the NHS and all key workers who have given their time during the pandemic.

A view of the construction site in Beeston town centre (Image: Nottingham Post)

He said the cinema development was "on time and on price" and showed developers' commitment to the area in the wake of a pandemic which had affected the high street.

He told Nottinghamshire Live: "Things are happening - and there is also a lot of interest in taking the food spaces in the building as well. Some are national and some are local.

"It will be a flagship project and it will be finished by December 31 and it is planned to open on June 1.

"It will boost the nighttime economy and it will help create more financial opportunities for businesses in Beeston and increase footfall.

"It will give Beeston a real lift.

If you don't like missing out on the next big thing then sign up to our What's On newsletter.

You'll never miss a restaurant opening or closing, or big news from Nottingham's pubs and nightclubs ever again. Click here to sign up for free.

"We have also commissioned some street art which will pay tribute to those NHS and key workers who have gone that extra mile. It is a very exciting project."

He said the council had invested £8m into the project, with Arc cinema renting the building.

"It is very well connected by the tram. You have got every opportunity to hop onto a tram and no worries on having to park," he added. 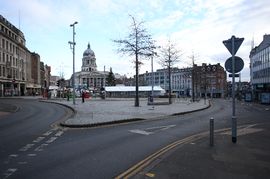 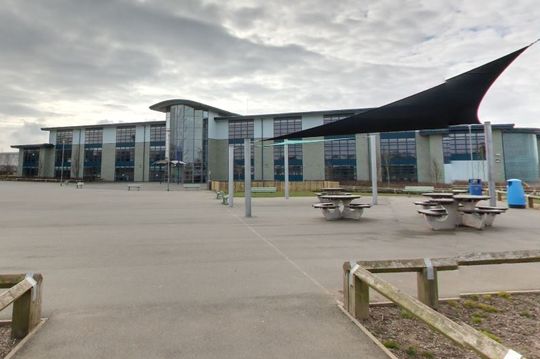