Council bosses have asked residents to put their bins out early so workers can go to the funeral of a popular colleague.

Bosses at Blaby council sent an email to residents asking them to put their bins out by 6.30am on Friday to allow the binmen time to finish and get to the funeral of Lee Percival.

Lee used to have tea with elderly residents on his round and let local youngsters sit in his lorry cab, said council bosses.

The email sent to residents said: “A few days ago we were devastated by the passing of Lee Percival - one of our neighourhood services team.

"Lee was a driver of one of our lorries and part of a popular crew with residents.

“Whether it was having tea with an elderly resident, or letting an excited youngster sit in the lorry, nothing was too much trouble.

“To help our entire neighbourhood services crew pay their respects to Lee by lining the funeral procession route, please could all those with a Friday bin collection have their bins presented by 6.30am so the teams can start a little bit earlier.

“Thank you so much for your support.”

A spokesman for Blaby District Council (BDC) said Lee's colleagues would be lining up along the funeral cortege route to pay tribute to their colleague.

“Lee worked on different waste areas, as all drivers do when they first start at BDC but predominantly on refuse collection for the last couple of years," said a council spokesman.

“As we do a fortnightly collection service Lee and his crew covered a vast majority of the district over each two week period, touching nearly every village.

“Our staff will be parking up just off Foston Road on Rosebank Road/Hazelbank Road and standing along Rosebank and Foston Roads to show their appreciation and respect for Lee and his family.” 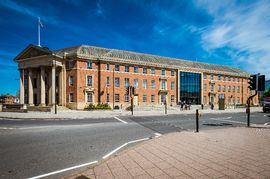 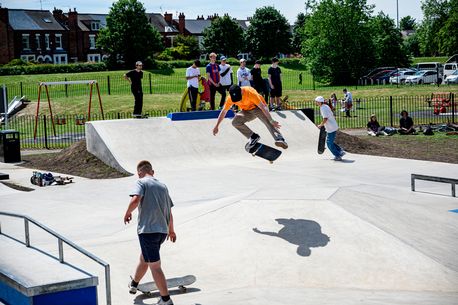