These images show the mess vandals left after trashing and damaging a Derby church.

The incident happened at around 8am, at All Saints Church, in Shardlow Road, Aston-on-Trent, on Monday, September 7.

Windows were damaged and precious items were ransacked by vandals who also stole a small amount of money from a collection box.

The church is to remain closed for the next few days so a big clean-up operation can take place.

Reverend Tony Luke said it is hoped the church can open again by the weekend and described his sadness by what had taken place.

He said: "It's very disappointing and it's not what what we needed. It's just a massive mess that needs clearing - they went on a rampage.

"To be honest there's not been too much damage apart from the windows where they broke in and out but it's upsetting.

"As the intruder ran away a resident managed to get a picture of him so hopefully something might come from that.

The damage in All Saints Church (Image: Reverend Tony Luke)

Officers from Derbyshire police are urging any witnesses to come forward with information.

A spokesperson for the force said: “We received a call just after 9.10am on Monday, September 7, to report a burglary at a church in Shardlow Road, Aston on Trent. The burglary is understood to have happened at around 8am that morning.

“Damage was caused to the inside of the church and a small amount of money was stolen from a collection box.

“The burglar is described as a man and he was wearing a black hoodie."

Anyone with information should call PC John Stevens on 101, quoting reference number 2*467653.

Peoplce can also contact Crimstoppers, which is an anonymous service, on 0800 555 111. A reward is sometimes offered if information leads to a successful prosecution. 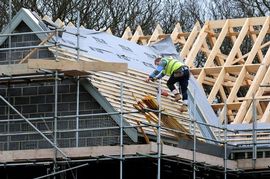 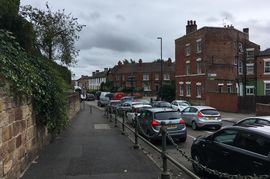