Derbyshire is still getting next to no workplace or occupation data for people who have tested positive for Covid-19, six months into the pandemic.

This has continued to make what is already a tough task more difficult, says Dean Wallace, Derbyshire County Council’s director of public health.

NHS Test and Trace is responsible for asking people who have tested positive key questions to find out who their recent contacts are – to find out else may have the virus.

Without this complete information, local and national teams cannot connect the dots between seemingly sporadic and unconnected cases which could actually be the signs of a local outbreak at one factory or one school.

Mr Wallace said: “We need to actually start getting the occupation data and place of work recorded for everybody who has a test and for the vast majority that is just not happening.

“The majority of fields for that information are just left blank which makes our job more difficult than what it needs to be. To have that would be really good.

“We’re still getting more blanks than we are completed.

“Also what would be good would be to integrate the data. At the minute we have to go through about seven or eight different datasets to pull everything together.

“I am having to get some of my analysts and epidemiologists spend the majority of their time pulling all of these different sources together to make it as useful as possible.

“I could then use my resource elsewhere.”

This is not the first frustration regarding data which Mr Wallce has discussed with the Local Democracy Reporting Service during the pandemic.

A small spike in cases in Glossopdale, linked to a surge in Greater Manchester and neighbouring Tameside, had been overlooked by national NHS Test and Trace teams, Mr Wallace had said in early August.

Back then he said: “If it was done locally, we know the area and we know to ask that but because it is being done nationally that doesn’t happen.

“We need data on workplace and education to fill in the jigsaw. It is like running multiple investigations at once to work out who has gone where and where the infection started to try and close it off.

“It is frustrating working in local government and as a director of public health that what we can bring and do was not recognised early and now we have sort of been retrofitted in. We could have done this stuff faster and cheaper if we had been given the resources to do it.”

In mid-July, Mr Wallace had said the authority did not have the data he needed to explain and investigate why there were more Covid cases in the north east of the county.

He said that, to some extent, the council was “shooting in the dark”.

The Department of Health and Social Care was approached for comment but had not responded at the time of this article’s publication.

In response to previous concerns directed to it by the LDRS, a DCHS spokesperson said: “NHS Test and Trace is working, with over 2.6 million people tested and more than 218,000 people prevented from unknowingly spreading the virus.

“Every day local authorities receive test, case and contact tracing data, with further data being shared with local directors of public health, to support with their outbreak management responsibilities.

“Our priority is to curb the spread of this virus and save lives. Local action to tackle outbreaks is crucial, which is why we are working so closely with all local authorities to provide additional support where needed.” 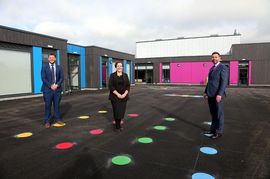 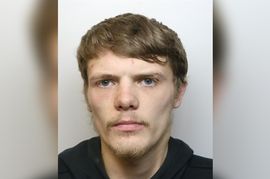