An investigation has been launched into four housing developers accused of breaking consumer protection law - and residents in Retford have been leading the charge against them.

The Competition and Markets Authority (CMA) announced it had opened enforcement cases focusing on certain practices of leading housing developers including Persimmon Homes on Friday, September 4.

A leasehold home is one where the owner only owns the house and pays ground rent to the developer for the land the house is built on, compared to freehold where the homeowner owns both the house and the land.

Some residents living on the Fairways Park estate, built by Persimmon Homes in Ordsall in Retford, say they have been mis-sold their homes as leasehold homes, and have been forced to face paying thousands of pounds to buy freehold ownership.

And their case has been taken up by MP for Bassetlaw, Brendan Clarke-Smith.

Denise Maguire Depledge, one of the residents who has been part of the campaign against Persimmon Homes, says she has helped to inform the CMA investigation.

She says out of the 197 homes on the estate, around 80 have been sold as leasehold, and she says many residents weren't told what they were getting into when they bought their homes.

On average, she said those with leasehold properties pay £150 plus maintenance fees per year, and face paying between four to five thousand pounds if they wanted to buy freehold ownership.

Denise said: "Persimmon weren't making people aware that they were buying leasehold and that their house would be decreased in value because of this.

"It's absurd to find out once you've bought your house that you then have to pay rent to someone.

"But of course, when you've saved up, and you're getting your dream home and you've committed, you then can't back out so easily once you find out."

The CMA say some developers failed to explain clearly exactly what ground rent is, whether it increases over time, when increases will occur and by how much.

In some cases, they say the use of unfair contract terms mean homeowners have to pay escalating ground rents, which in some cases can double every 10 years.

They also say people were misled about the availability of freehold properties and found evidence that some people were told properties on an estate would only be sold as leasehold homes, when they were in fact later sold as freeholds to other buyers.

A spokesperson for Persimmon said: "A proportion of our properties were sold on a leasehold basis in the past.

"Following consultation with government, stakeholders and customers we took the decision to stop selling leasehold houses where Persimmon owns the land freehold in 2017.

"Any customers of a Persimmon leasehold property in the last six years have been given the right to buy their lease at below market value and many have done so.

"We look forward to engaging fully with the CMA on this issue as they continue their investigation."

MP for Bassetlaw Brendan Clarke-Smith has been supporting residents and said the CMA announcement was 'very welcome'.

Mr Clarke-Smith said: "I have been working with constituents on the Fairways Park development in Ordsall to ensure they receive the justice and redress they deserve.

"I am pleased that the Government has subsequently asked the CMA to take enforcement action against a number of developers and that they also intend to introduce legislation to restrict ground rents in new leases to zero and also outlaw new leasehold homes.

"It is time to put an end to these practices within the housing market." 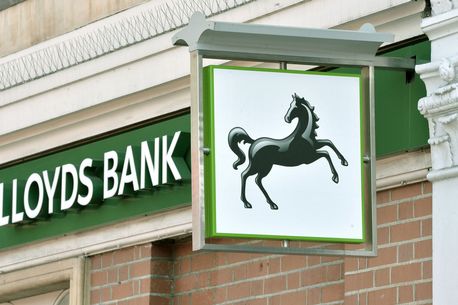 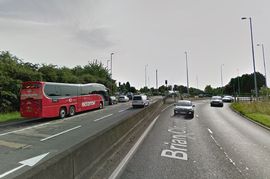 A52 reopens after more than nine hours ...