Leicester City have a model of “stability and sustainability” that Leeds United owner Andrea Radrizzani aspires to.

In the six years since their promotion from the Championship, City have established themselves as a regular in the top half of the Premier League, clinching an astonishing Premier League title in 2016 before disrupting the top six again last season.

Leeds are back in the top flight after a long absence, and while there are high hopes at Elland Road, their owner Radrizzani has ruled out an “impossible” rise into the European spots in the way City have done.

However, he is still looking at the club as a shining light.

“It’s impossible,” Radrizzani told Associated Press when asked if the Whites had European aspirations. “It would be wrong to do it because there is no foundation to do that.

“So obviously, there are teams that have done an unbelievable story like Leicester, but Leicester is an example also of stability and sustainability over time.

“But I think we need to be realistic about what our possibilities are now, and our objective is to stay in the Premier League.

Do you think you’re a hot hand at Fantasy Premier League? Do you back yourself to play your chips in the right gameweeks, and nail your captain every single time?

Now is your chance to prove it – and win some prizes in the process.

Reach Fantasy Football Live (RFFL) is a brand-new FPL community, which will bring you weekly tips and hints on how to get the very best out of your team from the first kick of the season until the last.

By signing up, you will also be given the code for our exclusive, private league, with the winner receiving:

A 2020/21 replica football shirt of your choice

To enter, simply sign up here. You will then receive an invite code to join the Reach Fantasy Football Live league, where you will be pitted against fellow fans, with the person who comes out on top taking home the prizes at the end of the campaign.

What’s more, you’ll receive a weekly bonus newsletter to help you in your quest to lift the RFFL trophy – and win some cash and kit.

“We need to keep that objective and motivation in our mind, to work hard to be where we were 20 years ago.

“But also at the same time knowing that the world has changed and we need to work in a different way.”

City have not played Leeds since a Carabao Cup tie in 2017, and face them this season on October 31 at Elland Road, and on January 30 at the King Power Stadium. 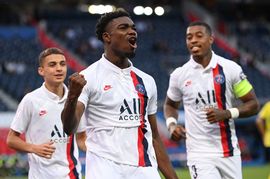 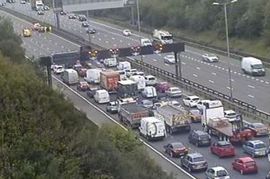