The stories of five historic Midlands breweries have been told in a new book from the Campaign for Real Ale.

The Family Brewers of Britain, written by beer writer Roger Protz, charts 300 years of British brewing through the stories of the families still running them.

The book has also been supported by the Independent Family Brewers of Britain (IFBB).

The five breweries featured from the Midlands are:

– Everards in Leicester. It dates from 1849 and has a long and proud heritage in Leicestershire. It started life in Leicester city centre, before a second brewery was opened in Burton-upon-Trent during Victorian times, and eventually moved to a new site at Castle Acres in Leicestershire in 1985. A new brewery is close to construction over the road.

– Batemans in Wainfleet, Lincolnshire. Founded in 1874 by George Bateman, this brewery has gone through myriad ups and downs over the years and is now not only flourishing but one of the best loved breweries in the country.

– Bathams in Brierley Hill, in the West Midlands. Established in 1877 by Daniel Batham, the first Bathams’ beer was actually produced by Daniel’s wife Charlotte while Daniel worked as a miner. Bathams’ Best Bitter gained nationwide prominence when it won the top prize in the bitter category of CAMRA’s Champion Beer of Britain competition 1991.

– Holden’s in Woodsetton, near Dudley. Founded in 1915, the brewery next to the Park Inn at Woodsetton is very much a local icon. Now under the leadership of the fourth and fifth generations of the family, plans are in the works for upgrade and expansion at the site to keep up with demand.

– Titanic in Stoke-on-Trent. Opening in 1985 it has overcome the initial challenges it faced to become a much-loved family brewery. The brewery is named after the unfortunate John Smith, who came from Stoke and was captain of the ill-fated Titanic cruise ship.

The book features 30 family brewers, looking at their past, present and future.

Mr Protz is a campaigner, broadcaster, and author of dozens of books about beer and brewing, and has edited 24 editions of CAMRA’s Good Beer Guide.

He said: “Everards, Batemans, Bathams, Holden’s and Titanic are five stalwarts of British brewing history, and a credit to the Midlands.

“It is a testament to the continuing quality of their beer that they remain relevant and popular in the modern day and continue to meet the demands of today’s consumers.

“Our family brewers are often overlooked flag bearers for real ale and have fascinating stories to tell.

“The five included breweries have centuries of fascinating history under their belts, and it was a delight to research and compile their stories in this book.

“I look forward to readers coming along on this journey and learning more about their favourite brews.” 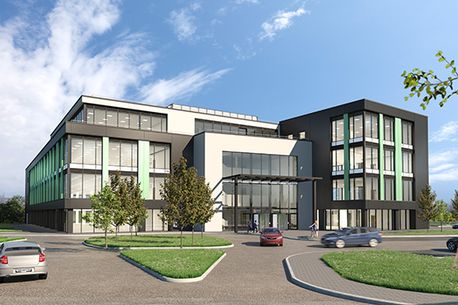