Thug who mugged man, 88, outside Marks & Spencer in Leicester named and shamed

A drug-addicted thug mugged an 88-year-old man as he queued outside Marks and Spencer to do the weekly shop.

Lain Shuttlewood targeted his victim - who wears a hearing aid, walks with sticks and has a housebound wife - outside the shop in Humberstone Gate, in Leicester city centre, on Friday, July 10 this year.

Shuttlewood, who had only been released from prison a week earlier, spoke briefly to the man before pushing him sharply on the chest.

As the man stumbled backwards, the 41-year-old reached into his pocket and took his wallet, prosecutor Sarah Phelan told Leicester Crown Court yesterday.

Who has been before the judge?

Want court updates - plus breaking news alerts - direct to your inbox? Then sign up to our free email newsletter!

Shuttlewood, of London Road, Leicester, was then arrested after he was detained by a member of the public while taking £60 in bank notes from the wallet.

Ms Phelan said: "The defendant, whose appearance was disheveled, approached the gentleman and spoke to him.

"The victim wears a hearing aid and walks with the aid of a stick.

"He was unable to hear what he was saying and believed he was asking him for the time.

"At that point the defendant brought his hands in front of him and pushed the gentleman on the chest.

"He stumbled backwards but did not fall over because he held on to his shopping trolley.

"The defendant reached into his pocket and took out the wallet, which contained approximately £60 and began to move away."

However, a passer-by who was on his way to work heard the man shout 'he's got my wallet' and saw Shuttlewood a short distance away taking cash from it.

He stepped in and took the wallet from Shuttlewood and dialled 999 to alert Leicestershire Police, Ms Phelan said.

She added: "The defendant did not put up any resistance. He waited at the scene and was subsequently arrested.

"The victim has been married to his wife for 60-plus years.

"She is housebound and, I think it's fair to say he was concerned because his wife was worried about his welfare."

Speaking after the hearing, the man's son told LeicestershireLive: "At the time, my dad was very shook up, but he is getting through it.

"He's Leicester born and bred and he's a strong character.

"He still does the shopping and is adamant this will not stop him doing that.

"I spoke to him about it on a number of occasions after it had all calmed down and he told me the most frustrating thing for him was that he was not able to run after this man."

The son also spoke to LeicestershireLive the day after the attack because he wanted to thank the man who retrieved his father's property from Shuttlewood and the other members of the public who had remained at the scene to comfort his dad until police arrived.

Shuttlewood's solicitor Errol Ballentyne told the court that his client was 'disgusted and ashamed' by what he had done.

Addicted to drugs since the early-2000s, he has 29 convictions for 53 offences, the court heard.

Mr Ballentyne said: "He is a drug addict who has mental health difficulties.

"He had received no help for his fragile mental health, so the first thing he did was to go back on the drugs.

"On the morning of this offence he was begging for money to buy drugs.

"He is clearly remorseful for what he did.

"He did not run away. He stayed there knowing the police were coming.

However, Judge Robert Brown pointed out that Shuttlewood had failed to attend an appointment with drug treatment specialists Turning Point in the days following his release.

Jailing him for 16 months, Judge Brown told Shuttlewood: "The gentleman was 88 years old, was wearing a hearing aid and walking with sticks.

"You would have been immediately aware of his vulnerability.

"You helped yourself to his wallet having pushed him.

"Later, when stopped, you repeated that you were ashamed of what you had done.

"I hope you are ashamed - you should be.

"You have heard the victim's statement and I hope you have listened carefully to what is in it.

"You were released from prison with instructions to attend a meeting with Turning Point.

"You would have been given a methadone prescription and would have had no need to go into the street searching for drugs.

"You have to break this cycle. The authorities will help you and you have to respond." 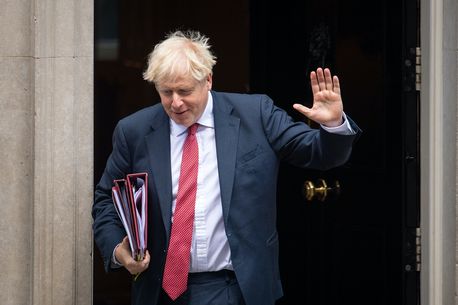 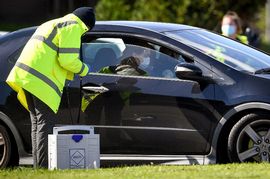